The acronym of the Moroccan National Olympic Committee is "CNOM".

The emblem, the flag and the acronym are registered at the Moroccan Industrial and Commercial Property Office (OMPIC). 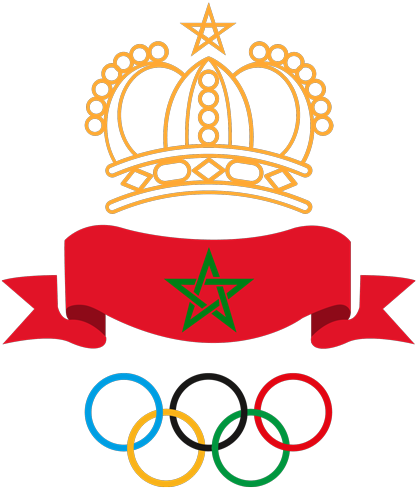 The Olympic flag has a white background, with five interlaced rings in the centre: blue, yellow, black, green and red. This design is symbolic; it represents the five continents of the world, united by Olympism. Green would represent Oceania, black Africa, yellow Asia, blue Europe and red America. The six colours (including white) are those that appear on all the national flags of the world.

The Olympic motto is "Citius, Altius, Fortius". It is a Latin expression ,said by the Dominican Priest Henri Martin Didon and borrowed by Pierre de Coubertin,  that means: "faster, higher, stronger".